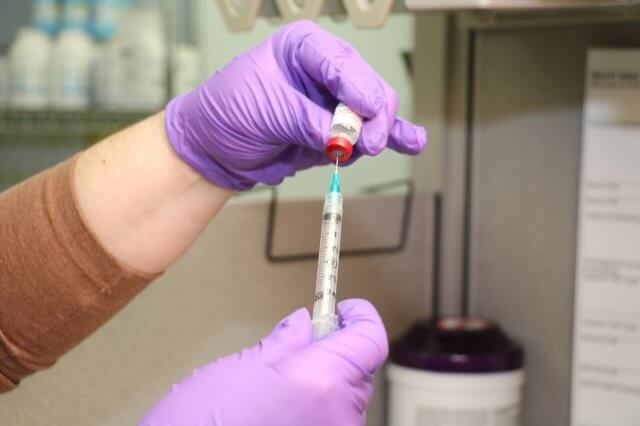 Shingles is a reactivation of Chickenpox. Chickenpox is caused by the Varicella Zoster virus. Even after you survive the initial illness and the characteristic rash disappears, the virus remains dormant in the dorsal root ganglia ( a cluster of nerve cells that run parallel to the spine). Our immune system usually keeps the virus in check; however, as we age, the immunity can wane. By age 55, 30-40% of people have lost their specific immunity to the virus, leading to its reactivation. As it escapes from the dorsal root ganglion, it follows the path of a single nerve group (dermatome) leading to a belt like distribution — hence the name zoster (Greek for belt).

Zoster is not a fatal condition but may cause serious complications like blindness if it spreads along a nerve leading to the eye. However the main symptom is intense and debilitating pain. In some people the pain can persist beyond 3-4 weeks, turning into a chronic pain syndrome called Post Herpetic Neuralgia.

Since this virus is present in most people of a certain age, vaccination is recommended to boost the immune system to keep the virus dormant. Until recently, Zostavax was the zoster vaccine on the market. It is a live attenuated vaccine which means it contains a live albeit weakened virus. However its effectiveness seemed to fade with time making it less effective in people over the age of 70. Also, being a live vaccine, it could not be used in people with reduced immunity, for example, those undergoing cancer treatment. The new vaccine Shingrix which was recently FDA approved is an inactivated recombinant vaccine which only contains a part of the virus meaning it can be used in people with a compromised immune system. Its efficacy is also superior to Zostavax, even in people over 70 years old. Shingrix does require two doses spread 2-6 months apart and has some mostly mild side effects which generally subside.

It is recommended that Healthy adults 50 years and older should get Shingrix, even if you have had Shingles before, received Zostavax, and/or are not sure if you ever had chickenpox. To find out how to pay for the Shingrix vaccine, please call your insurance carrier because it is a new vaccine and coverage may be based on your specific plan and benefits.There may be a copay for the vaccine, or you may need to pay in full and then get reimbursed for a certain amount. Some pharmaceutical companies also provide vaccines to eligible adults who cannot afford them.